As I was deliberating whether or not to write the Royal Digest a couple of months ago; a friend warned me keeping up with the Prince of Wales and the Duchess of Cornwall would be quite a task in itself. They both do so much both publicly and behind-the-scenes, it's hard to believe they are 71 and 73 respectively. As restrictions began to ease, Charles and Camilla were eager to return to engagements and their traditional summer schedule. Of course, the pandemic put paid to a great many annual events for the season. Royal watchers will be delighted to see three days in Cornwall and Devon kicking off in style today. 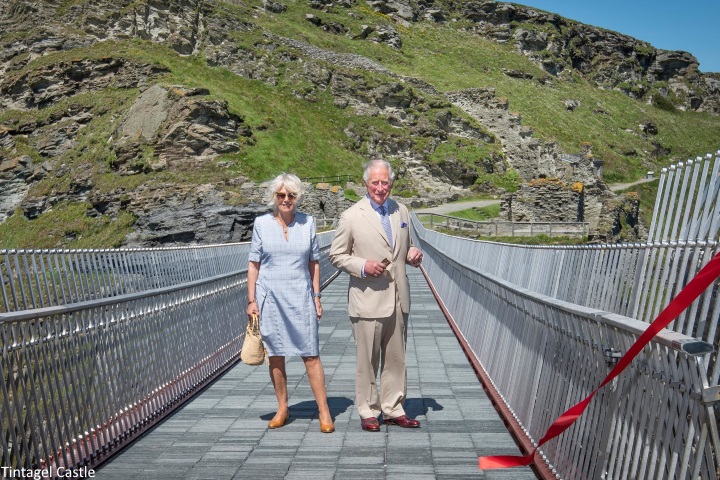 Clarence House noted: "Spanning the 190-foot gorge, a new footbridge recreates the historic link between the mainland and the island wards, allowing visitors to observe coastal views not seen since the Middle Ages." 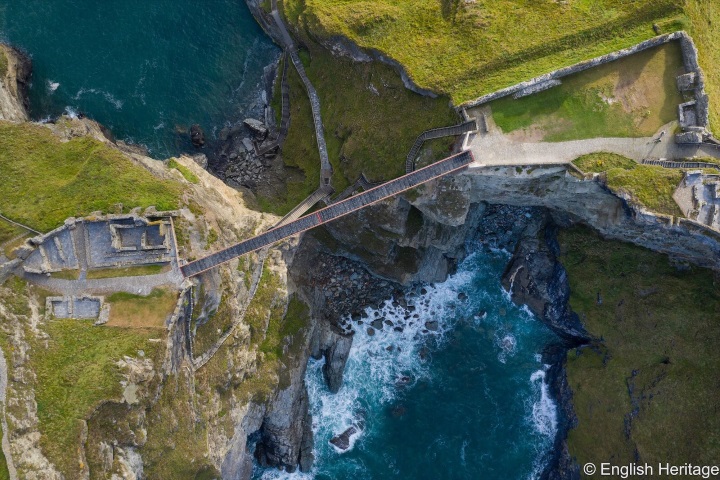 With so many planning stay-cations this year, Cornwall is easily one of the most beautiful spots in the United Kingdom.

The picturesque Tintagel Castle provided the setting for a number of scenes in the BBC's Poldark and Doc Martin. 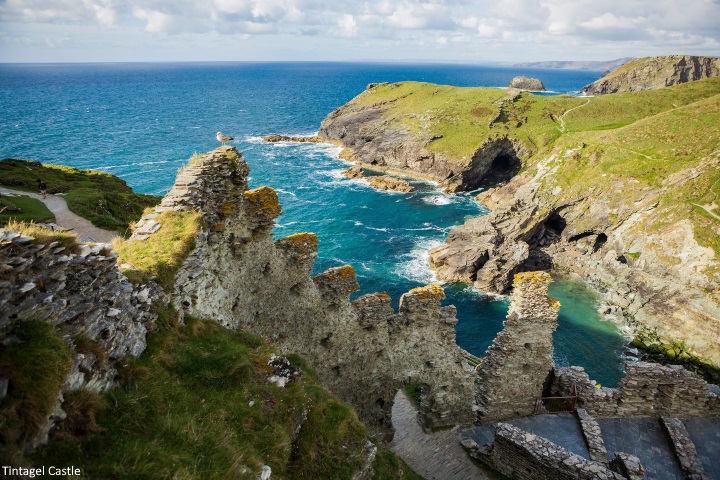 Have you heard about the legend associated with the castle inextricably linked to King Arthur? Clarence House shared the following: "Legends say that the King of Britain, Uther Pendragon – transformed by the wizard Merlin into the likeness of The Duke of Cornwall – stole across this passageway into the castle where he spent the night with The Duke’s wife, Ygerna, who later gave birth to the future King Arthur."

The couple met architects and historians who worked on the project before discussing background and planning with English Heritage staff and project managers.

A great video from the engagement; soak up the stunning scenery!

From there, it was a solo engagement for the Duchess as she travelled to Cornwall Air Ambulance Trust’s base in Newquay to launch the new ‘Duchess of Cornwall’ helicopter marking Camilla's tenth year as patron.

Cornwall Live reports: "During the visit, the Duchess was introduced to six-year-old Leya Raper, a former patient of the Cornwall Air Ambulance, who was flown to the hospital as a baby with severe breathing difficulties. The youngster spent lockdown making bracelets to raise funds for the charity, raising over £1,000. Her mother, Casey Raper said: 'Leya wanted to do something to raise money for the air ambulance as she knows it helped her when she was a baby. She started making bracelets, which we thought would just be bought by friends and family, her initial target was £50. We were overwhelmed with how popular they were; she has now raised over £1,000 which is just incredible. I’m so proud of Leya and delighted she got to meet the Duchess of Cornwall and present her with her own bracelet.'"

More from The Daily Mail:

'During the visit to  Cornwall Air Ambulance Trust's base in Newquay, two paramedics, who lined-up to show Camilla their top-of-the range chopper, made their apologies and took to the skies.

Camilla said: 'Oh you have to go, of course. Not in this one? This always happens.'

The call-out was a patient 20-miles away in Falmouth who had suffered head injuries and a seizure. On hearing the news the unruffled duchess added: 'Fingers crossed.'

The Duchess unveiled the new helicopter by removing a piece of Cornish hunting tartan (likened to a "giant face mask" and fitting given current circumstances) from the nose cone, after which the Bishop of Truro blessed the helicopter.

The Duchess wore a light blue summery dress with her favourite tan shoes. A great look for the day and an excellent start to the couple's mini-tour.
at 20.7.20
Share